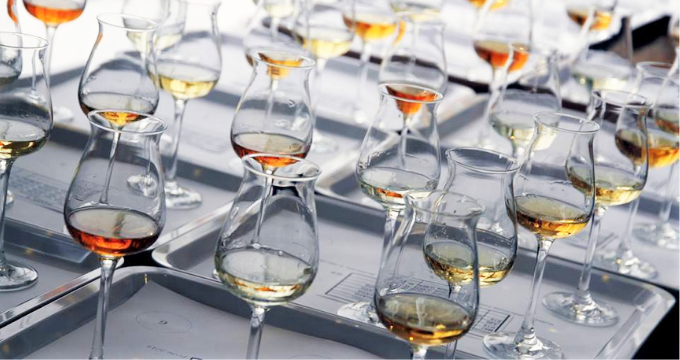 Three Gold Medals and a Silver allowed Segnana to win the Special Award for the best overall score at the 33rd edition of the Alambicco d’Oro, the competition organised by ANAG, the National Association of Grappa Tasters, to promote the production of high-quality grappas and grape eaux de vie.

The awards ceremony was followed by a “dinner of fire”, organised at the restaurant in the Hotel Reale in cooperation with the Grappa Institute of Piedmont, where ANAG’s tasters “lit up” the dinner describing various examples of Grappa in the glass and with (and in) the dishes, including some very interesting pairings.

This was a special evening for Segnana, which saw rewarded the company’s great commitment to producing grappas of outstanding quality, whether these are young distillates or those aged in wood.